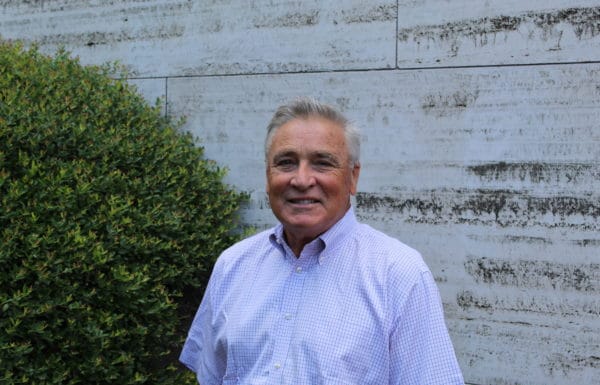 Tom Gilligan is a Clinical Professor of Finance in the McCombs School of Business and a Senior Scholar in the Salem Center at the University of Texas. His previous appointments include Director and Senior Fellow at the Hoover Institution on War, Revolution, and Peace (Stanford University) and Dean of the McCombs School of Business (University of Texas). He also served various professorial and administrative roles at the Marshall School of Business (University of Southern California) and as a staff economist in the Council of Economic Advisers (Office of the President, the White House). His fields of academic expertise include economics and the politics of regulation. He currently serves on the board of directors of KB Home (NYSE:KBH) and Southwest Airlines (NYSE:LUV).

Visiting Professor of Business Economics. Taught multiple sections of an MBA level course entitled Business and Its Non-market Environment and a Ph.D. level course on political economy. June 1989 – June 1990 as well as the Spring Quarter 1994

Staff Economist. Aided in the economic analysis of contemporary policy
issues for White House Staff. Helped in the preparation of the Economic
Report of the President, 1983. July 1982 – July 1983

“Fiscal Policy, Legislature Size, and Political Parties: Evidence from State and Local Governments in the First Half of the 20th Century,” (with John Matsusaka) March 2001, National Tax Journal.

“Saints and Markets: Activists and the Supply of Credence Goods,” (with Tim Feddersen) Spring 2001, Journal of Economics and Management Strategy.

“Systematic Deviations from Constituency Interests: The Role of Legislative Structure and Political Parties in the States,” (with John Matsusaka), July 1995, Economic Inquiry.

“Information and the Allocation of Legislative Authority,” March 1991, Journal of Institutional and Theoretical Economics.

“The Economic Incidence of the Interstate Commerce Act of 1887: A Theoretical and Empirical Analysis of the Shorthaul Pricing Constraint,” (with William Marshall and Barry Weingast) Summer 1990, Rand Journal of Economics.

“The Organization of Informative Committees by a Rational Legislature,” (with Keith Krehbiel) October 1990, American Journal of Political Science.

“Asymmetric Information and Legislative Rules with Heterogeneous Committees,” (with Keith Krehbiel) May 1989, Journal of Political Science.

“Regulation and the Theory of Legislative Choice: The Interstate Commerce Act of 1887,” (with William Marshall and Barry Weingast) April 1989, Journal of Law and Economics.

“Scale and Scope Economies in the Multiproduct Banking Firm,” (with William Marshall and Michael Smirlock) August 1984, Journal of Monetary Economics.

“An Empirical Study of Joint Production and Scale Economies in Commercial Banking,” (with William Marshall and Michael Smirlock) June 1984, Journal of Banking and Finance.

“Monopoly and Antitrust,” 1998, in The Handbook of Technology and Management edited by Richard Dorf. Boca Rotan, CRC Press, Inc.

“Google’s Monopoly, and the Case Against It, Looks Surprisingly Like Stanford Oil’s,” October 2020, The Daily Caller.